When the architectural studio “Scale 1:1” got a commission to embody a private project in the suburbs of Moscow, architects Andrew Roik and Oleg Boreyko approached me with an offer to create a statuary design for the central part of the house.

Originally in front of me there was a task to create a composition “A Split Meteorite,” around the fractions of which, on the idea of architects, the house was being built. However, already in the process of collaboration, taking into account the spatial, architectural and landscape nuances of the project, we came to the conclusion that instead of a meteorite there should be an abstract cosmic body. It fell to Earth, split up, and inside it there was “a grain of life and knowledge”, a sculpture of which was to become the central element of the composition. I decided that this would be a snow-white marble form.

And a copper wall located behind the sculpture, is bearing some mysterious characters — a kind of a puzzle I came up with for
the young of the house. I really wanted to create a riddle for them. However, to read the messages ciphered on this 15-metres long wall, one would need a decoding-key, and I presented it to the children.

The most exciting aspect of this three-year-long marathon was a search for the right solutions, and then the embodiment of all the elements of that amazing puzzle that began to emerge in this space (in place of a huge empty field). This is the moment when your first emotions and feelings that arose during the deliberation of the tasks, are being linked with the final touches on the project... 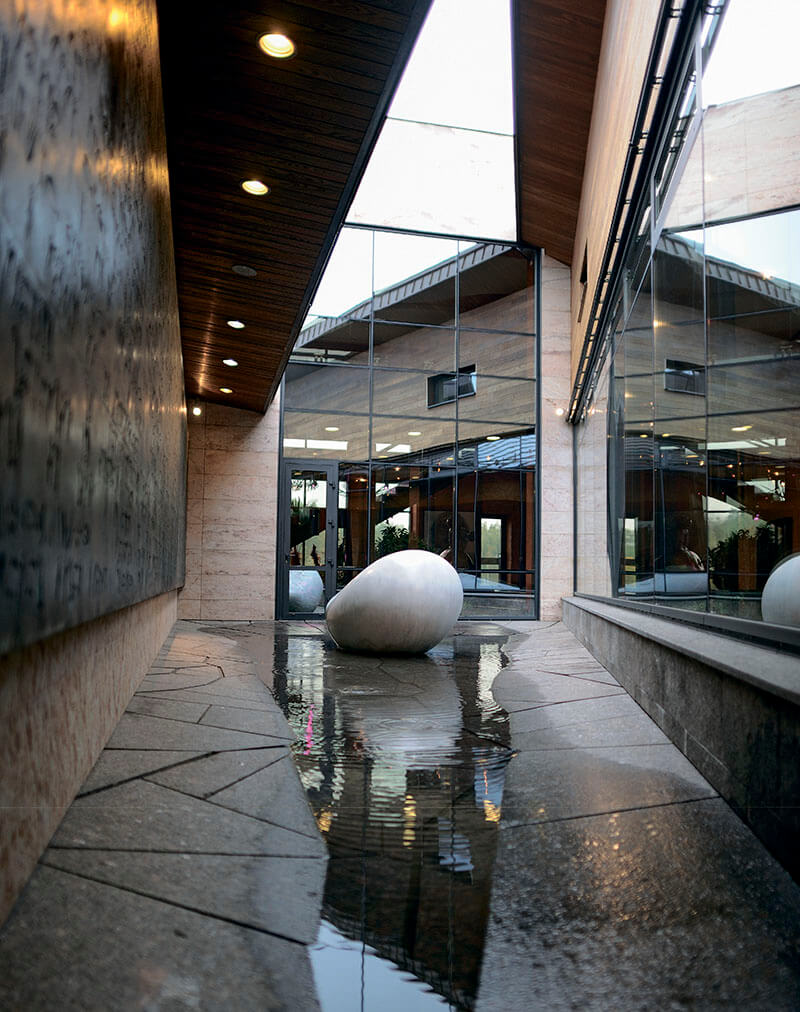 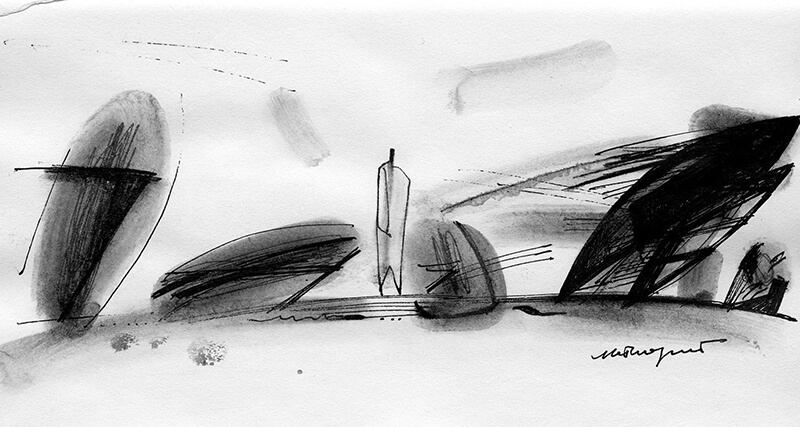 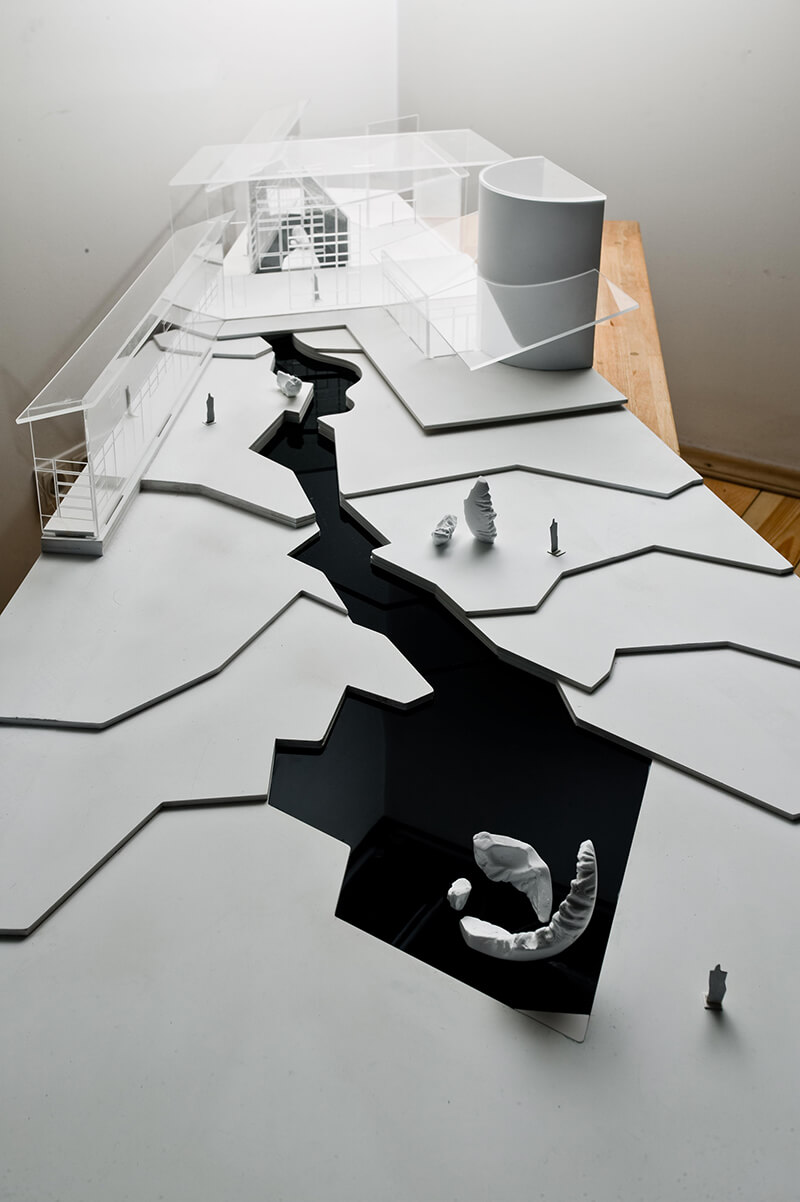 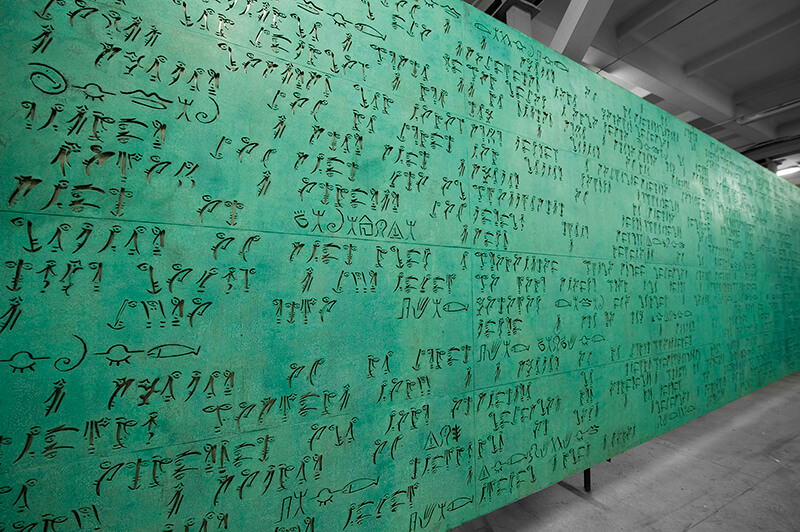 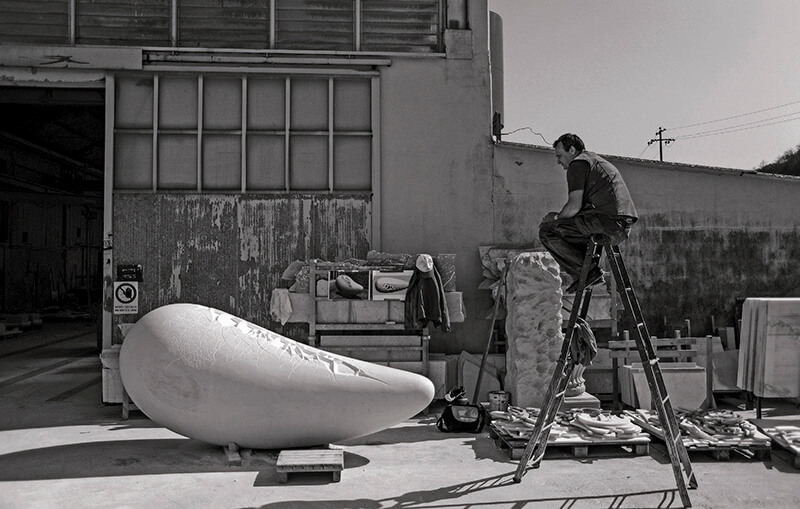 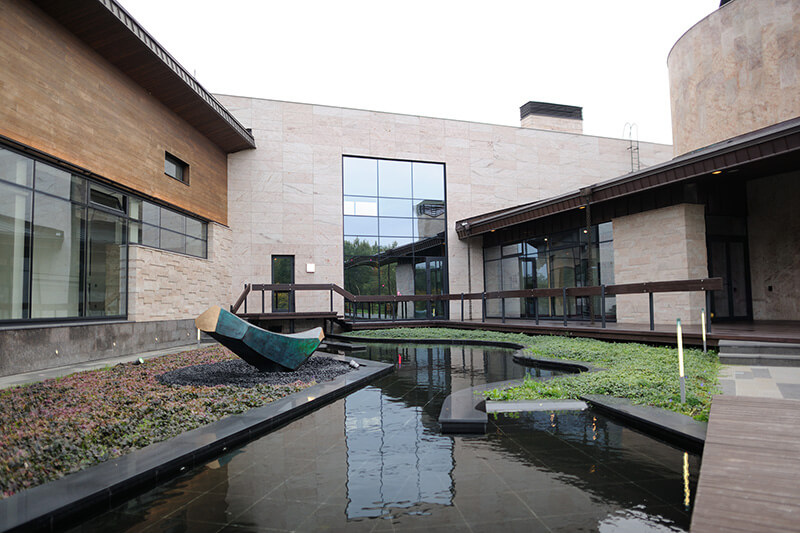 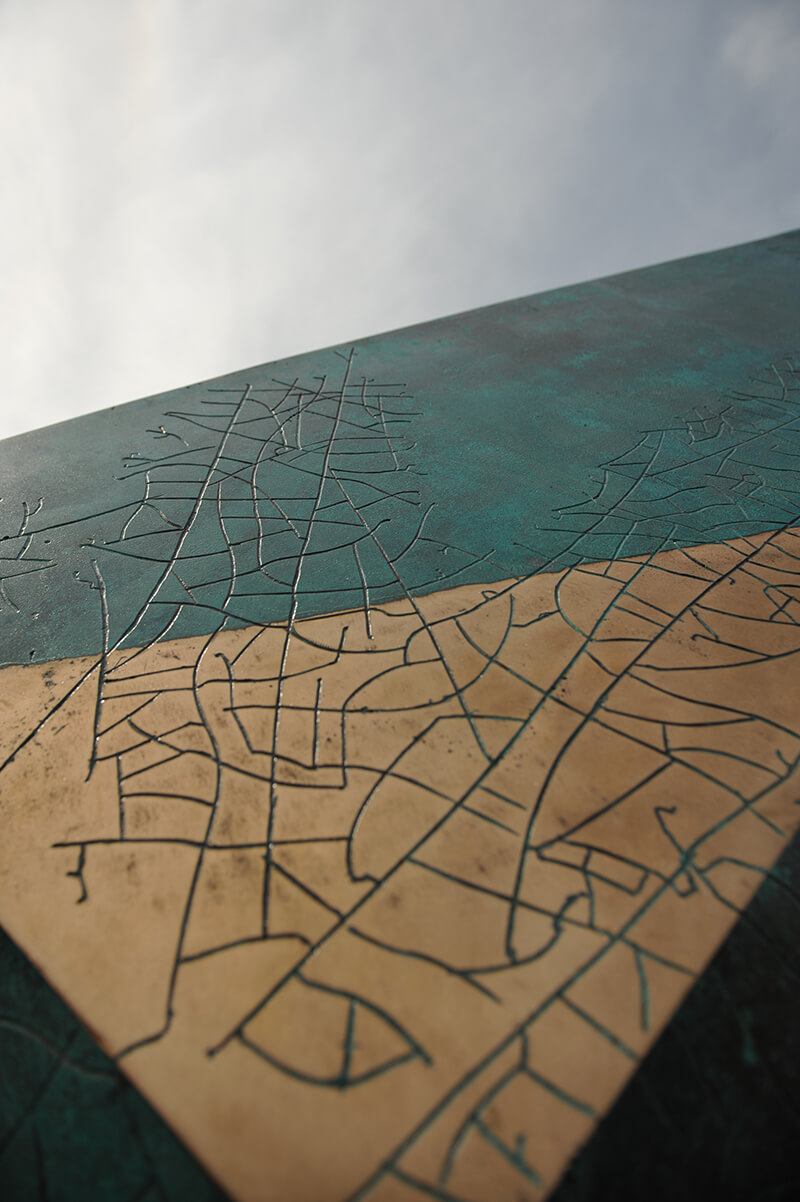 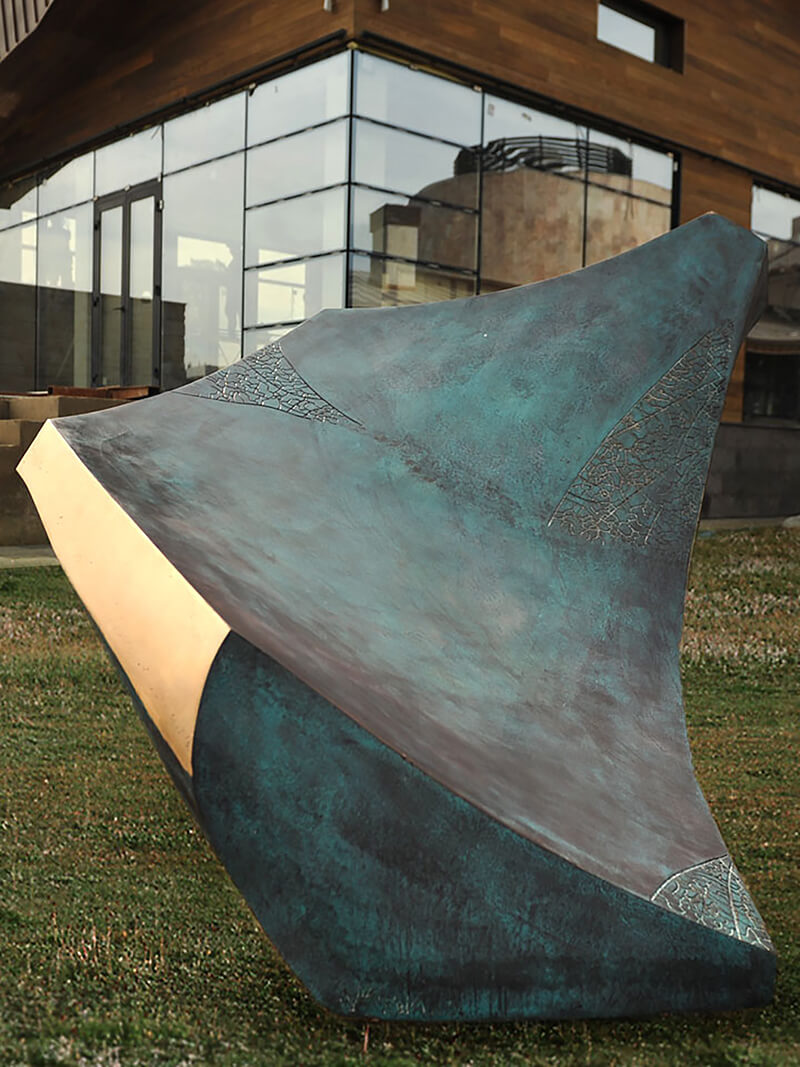 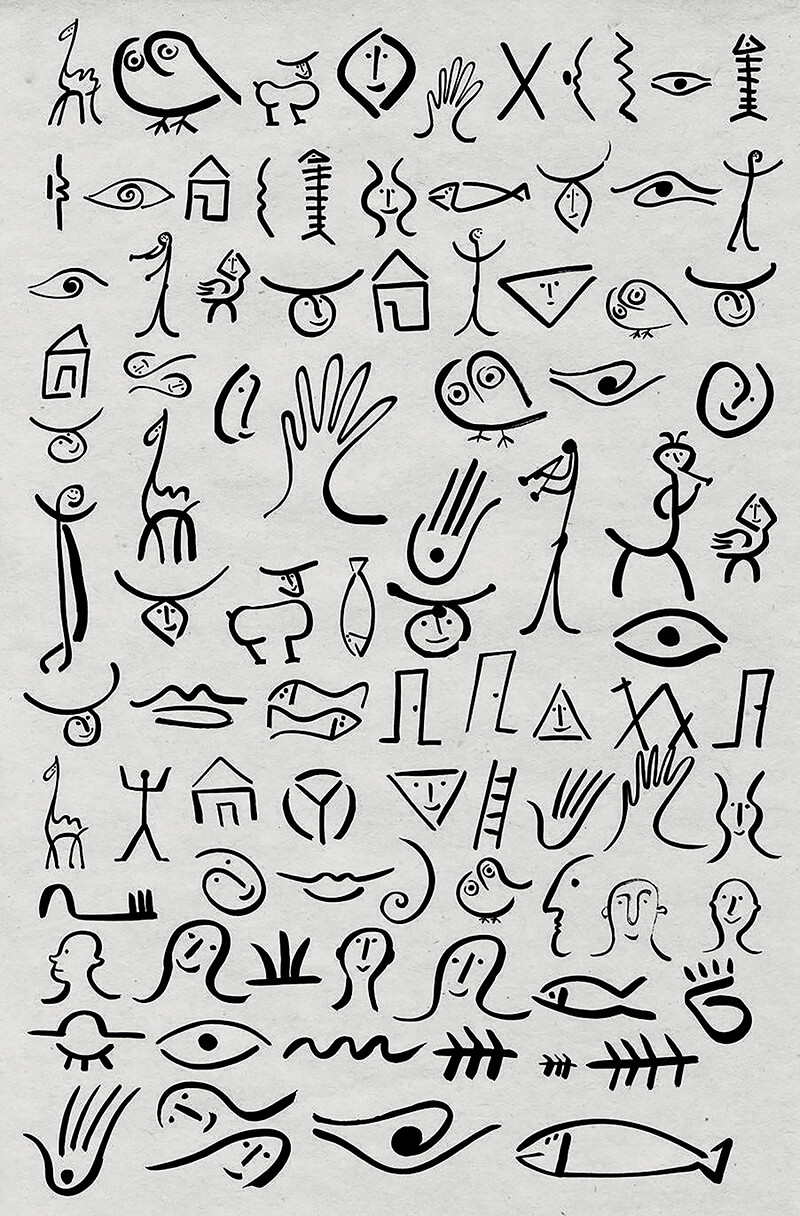