Golden Angel, soared on the building of Rehabilitation Centre for children with disabilities in Pushkinskaya street, has appeared there thanks to one single person — Boris Davidovich Litvak. “Borechka” (everybody — from young to old — called him by this caressing name) was the Heart and Conscience of Odessa.. And for me he was a spiritual mentor and a close friend. In my most difficult moments of doubts and weakness of spirit, he would always say, that if a person lives on conscience, if his soul is clean, thoughts, behaviour and actions pure, — he’s got nothing to fear.

The soul of a man is always a battleground between good and evil. Within us we are carrying the light and the darkness, and the choice is always on us. He changed my attitude to many things in life. Since then, I live by his principles. And he was convinced that the only mission of a man is to do good to others.

In the early 90’s Boris Litvak decided to build a rehabilitation centre for disabled children, where they can get treatment free of charge. And he did it — almost an impossible task for those days. Children’s Rehabilitation Centre was opened in 1996. On the bay window
under the sculpture of angel there is an inscription: “Do not withhold benefaction, when it’s in your power to give it”. Boris did it and became an angel for all children who come to his centre; he gave them a hope for healing and fulfilling their lives. I was just a small part of this great and noble idea, and I am still thankful to Boreczka for the opportunity to participate in the creation of the “House with Angel”.

When the sculpture was already attached to the bay window, then work on its glazing came to the last stage, the tiles being laid below and construction debris being removed.

At the time of installation of the last of tinted glass units, a metal frame, where the unit had to be installed in, came off and down. Falling from the height of a five-story building, the structure would have left no chances to survive for people at the bottom, but a miracle happened — the metal frame hit Angel’s wing and... bounced away to a place where there was nobody then.

And Angel, according to witnesses, just only slightly reeled. 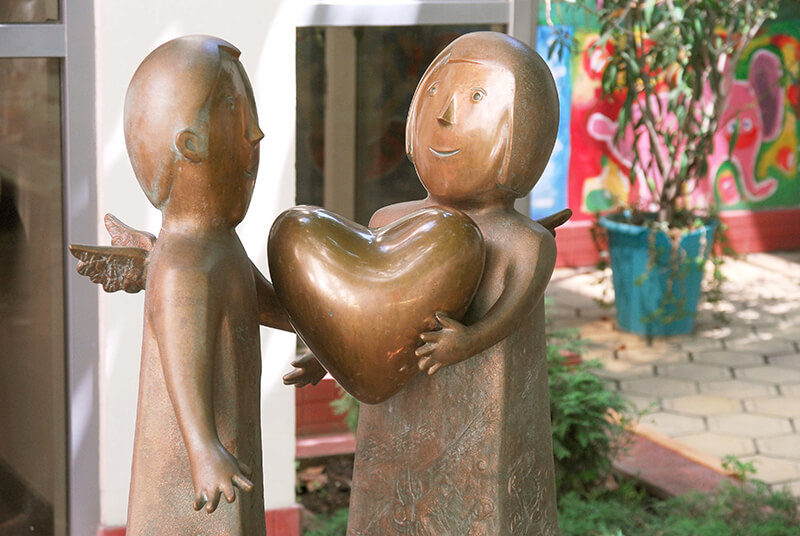 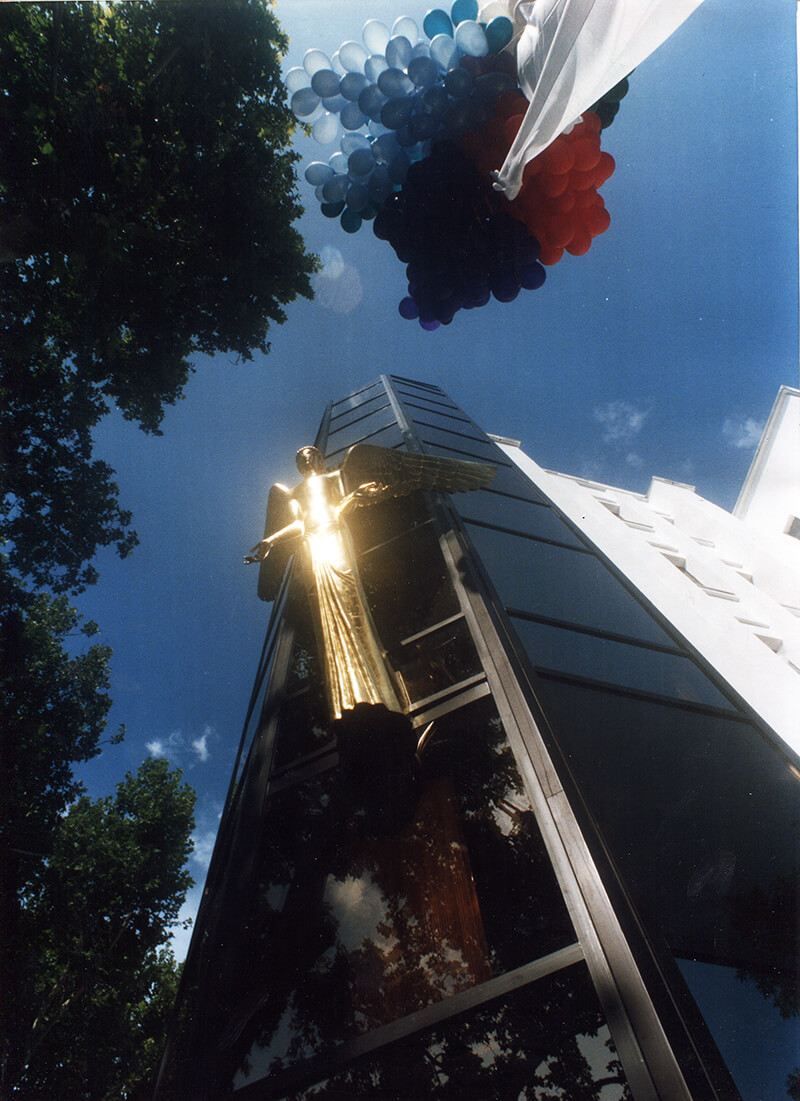 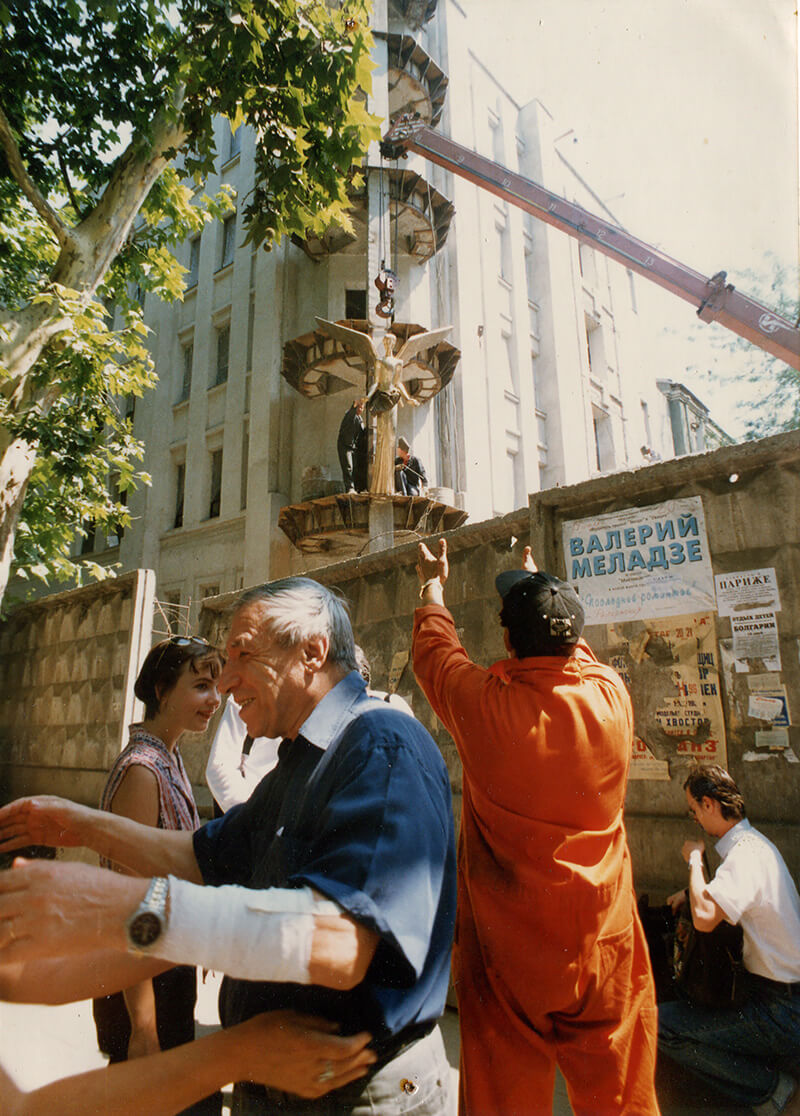 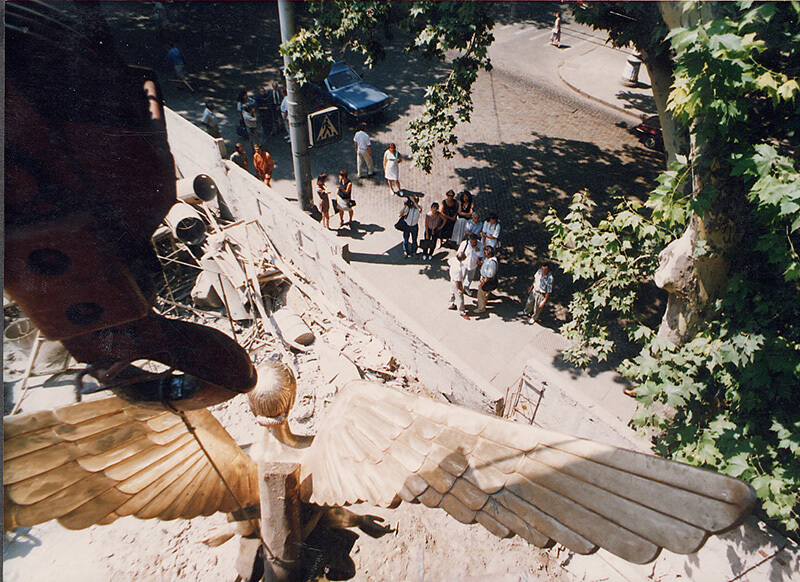 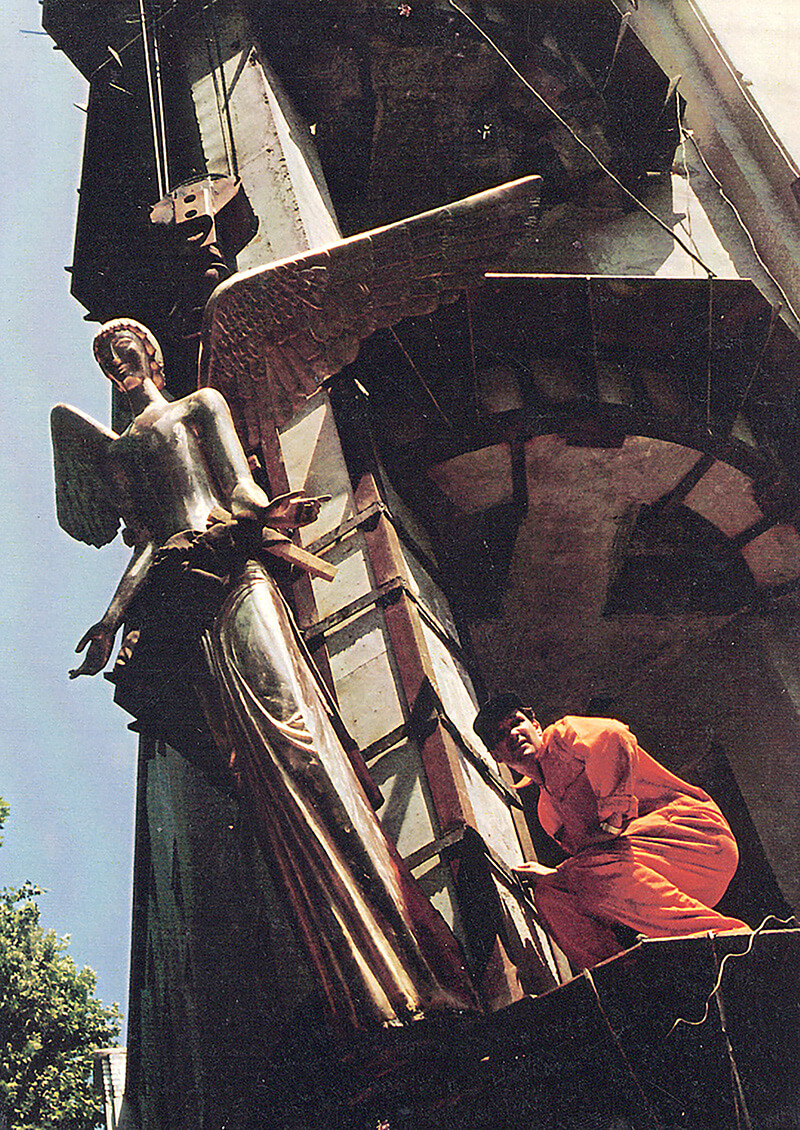 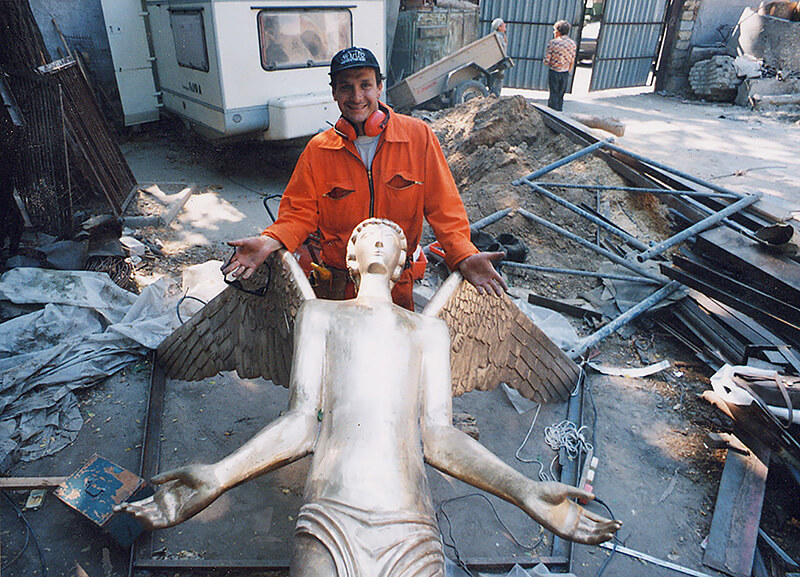 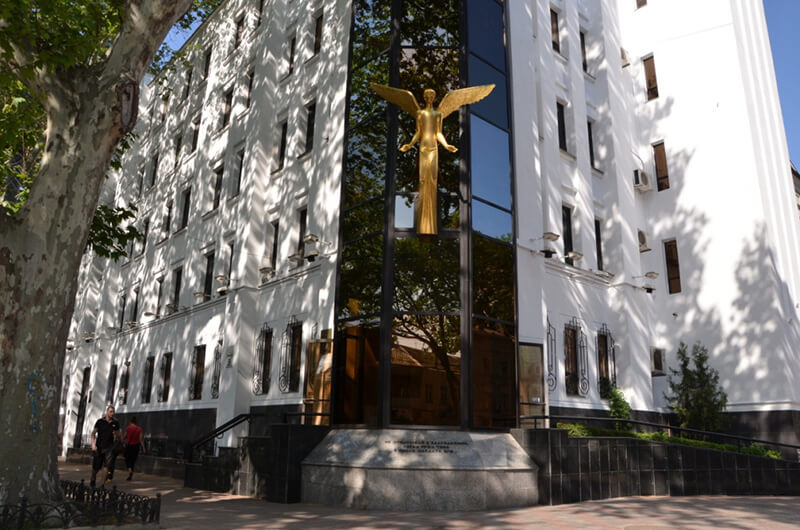 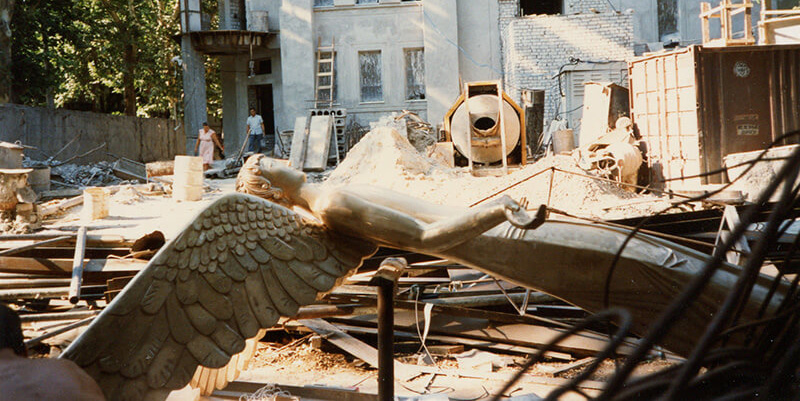