Babi Yar holds a special place in the tragic history of Ukraine and the city of Kiev. It is here — in the large ravine, just in the city’s outskirts, — that tens of thousands Jews were shot in 1941.

Working on the project of memorial museum “Babi Yar”, we went through a large quantity of versions, but one way or another
they all were similar to the museums of the Holocaust, which are already existing in the world. In order to understand and to feel the particularity of the place, I went to the spot of the tragedy, where the echoes of those events are soaring in the air till now. I wandered and wandered about the Babi Yar... and I felt I wanted

to stretch out a protective veil over it, so that the place, at long last, could rest in peace. Thus, an image of tallit was born — a prayer shawl, which Jews wrap around when they want to remain in
private with God. The horizontal ferro concrete construction, which resembles the folds of white fabric, becomes a kind of prayer cover for those killed and simultaneously an eternal memory of the tragedy for those living.

The museum of the Holocaust “Babi Yar” is the most important project in my life, which I hope to implement. 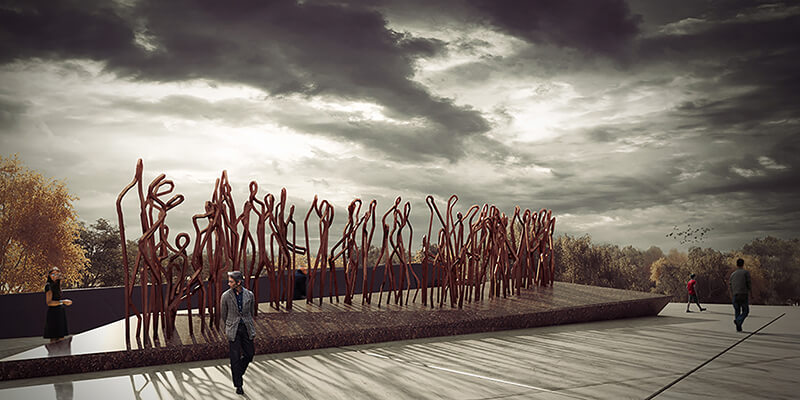 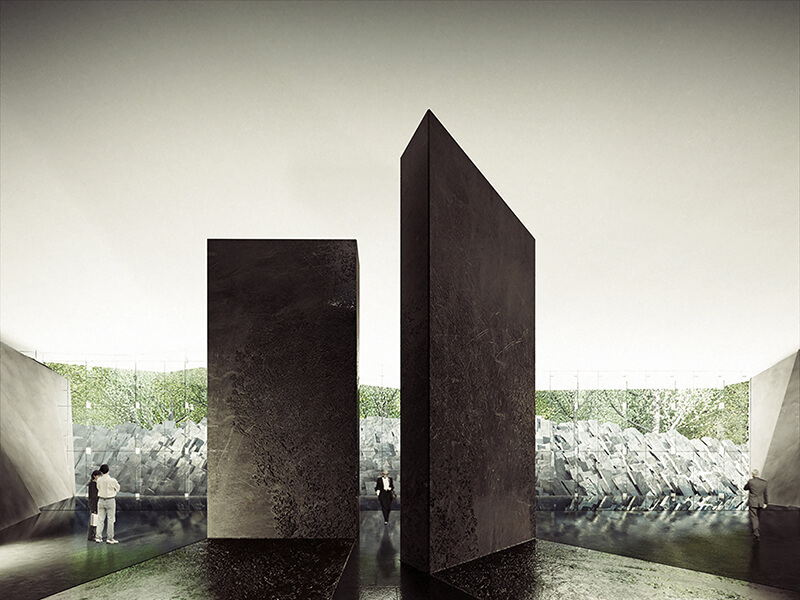 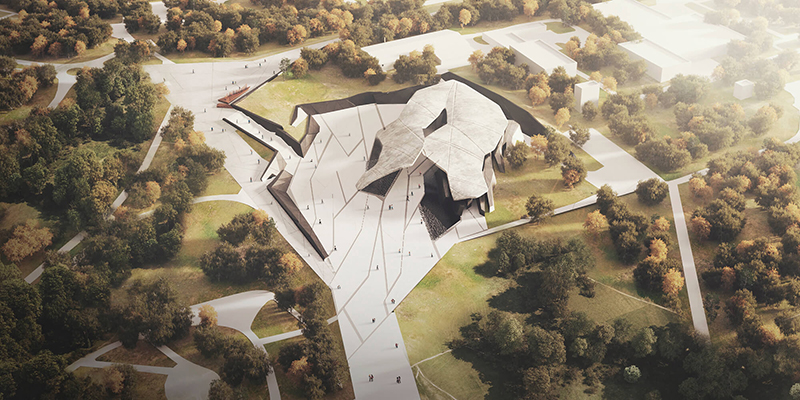 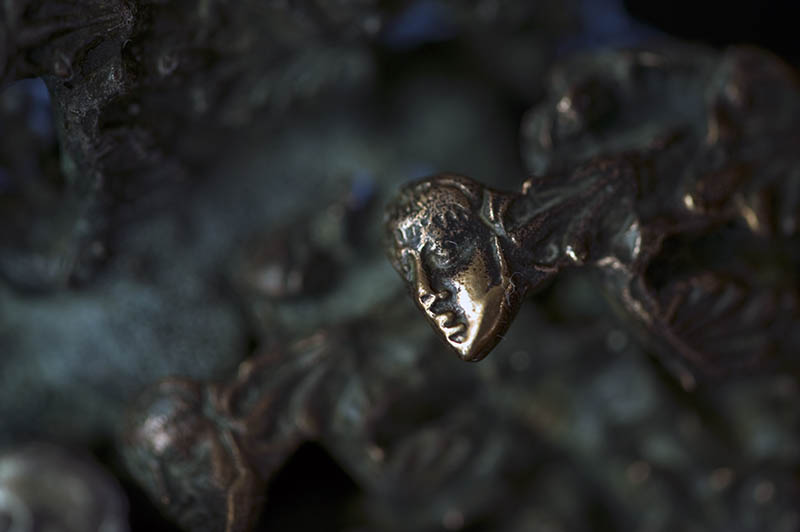